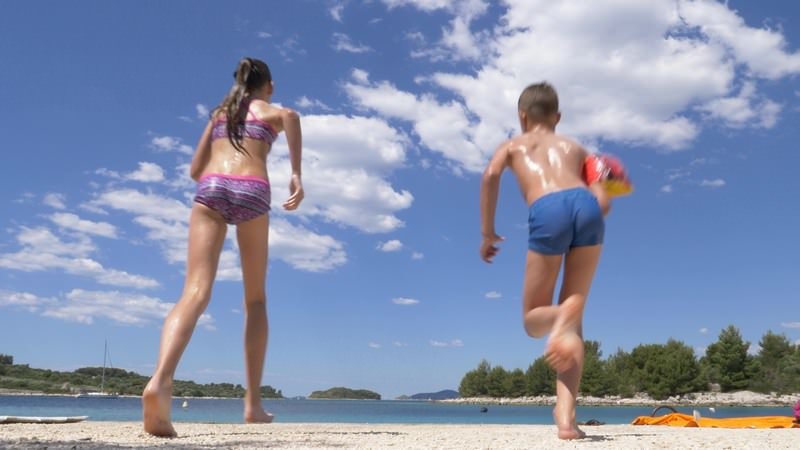 There are just places and there are places that leave you breathless. In which you want to come back again and again. Because of their specialty, because of their romance, charm, warmth. One such place is the Island of Šolta.

The Island of Šolta is situated near Split, and, with only 9 nautical miles of distance per day during the season between them, has become practically a suburb of Split.

This lovely, wooded island (59 sq km) is a popular getaway for Split inhabitants escaping the sultry summer heat. The Romans called it Solentia (The Sun), but it first entered written history in the 4th century BC under its Greek name, Olynthia.

The island’s main entry point is Rogač, where ferries from Split tie up at the edge of a large bay. A road leads around the bay to smaller coves with rocky beaches, and another leads uphill to the island’s administrative centre of Grohote.

Šolta Island is a natural destination for all who enjoy beautiful islands excursions. You will be, in one moment, attracted by the diversity and beauties of the island. Starting from charming bays and small archipelago in front of its western coast, there are villages and two large bays on the north coast, but also the almost deserted south coast devoted to fishermen.

The amount of forest that spans this island is amazing. Crystal blue – green sea, always well-off locals mostly occupied with their olive groves will delight you with their cuisine.

When you visit Island of Šolta you must try the cookie of a mystical, historical story – paprenjak.

Paprenjak is an aromatic rustic-looking cake for centuries known in the Dalmatian islands. He arrived at Šolta about 500 years ago. Valuable Dalmatian women are known to have been grilling peppers with their husbands sailors even in sailor’s chests during the time of sailing. From long journeys, they brought exotic spices (cinnamon, pepper, clove, saffron…), which (without knowing the individual names) were all called pepper and hence the name – peppers.

Paprenjak can also be barometer. When it is crisp and hard, it will be sunny and breezy, and when it softens it will come south and rain. Traditional, autochthonous and eco-friendly Šolta products are honey, virgin olive oil, carob and millet are the main ingredients of today’s paprenjak cookie. Empowered by the Mediterranean sun, it retains the same aroma, nutrition and quality for months, and is unique for displaying Šolta’s trademark – owl.

Dive straight into the feedback!Login below and you can start commenting using your own user instantly

Find out more or adjust your settings.

This website uses cookies so that we can provide you with the best user experience possible. Cookie information is stored in your browser and performs functions such as recognising you when you return to our website and helping our team to understand which sections of the website you find most interesting and useful.

You can adjust all of your cookie settings by navigating the tabs on the left hand side.

Strictly Necessary Cookie should be enabled at all times so that we can save your preferences for cookie settings.

If you disable this cookie, we will not be able to save your preferences. This means that every time you visit this website you will need to enable or disable cookies again.